A Kenyan immigrant who was held for nine years in a privately run immigration prison in San Diego has sued over what he claims was forced labor.

Sylvester Owino and a fellow former prisoner sued CoreCivic a Nashville-based corporation that is one of the biggest private prison companies in the country.

In their suit, the former prisoners claim they were threatened with solitary confinement if they didn’t agree to provide free labor at the prison.

They contend that by using them and other prisoners “to clean, maintain and operate” the Otay Mesa Detention Center, CoreCivic violates labor laws.

According to court papers, the claimants say that in some instances detainees were paid $1 (Sh100) per day, and in some cases they were never compensated for their services.

The suit notes that in 2016, CoreCivic reported $1.79 billion in total revenues yet used them without adequate pay.

According to the complaint, some of the orders issued to the prisoners included cleaning the jail, preparing and serving meals, doing laundry, cutting hair, and running a law library. Those prisoners who hesitated to carry out the orders were threatened with punishment.

The Kenyan immigrant said that the prison forced him to work at a medical facility without protective gear and equipment.

He was held at the facility for almost a decade and was released in early 2015.

His colleague Jonathan Gomez said in the suit that he worked for a dollar a day in “an unsafe work environment. He was at the facility for over a year.

They are seeking to have the court to order the company to pay them the difference between the fair value of their labor and the amount they were paid.

In March, CoreCivic and the U.S. government were sued after a man died in Otay Mesa facility of complications from pneumonia. Filing the suit, the widow of the man claimed jail workers repeatedly did not head to his calls for help and no medical care was given.

A day after President Donald Trump was elected, the stock price of Corrections Corporation of America increased by 43 percent according to The New York Times. 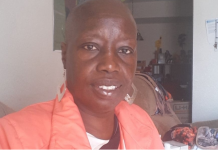 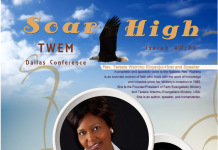