The Kenya Revenue Authority has clarified its position on taxation of Kenyans living and working abroad.

In a statement to jambonewspot.com, the KRA said earning income abroad does not exempt you from declaring the same since such income may be deemed to be accrued or derived from Kenya.

The agency also clarified that assets or property acquired, situated and held abroad by Kenyan citizens should be declared if proceeds derived from those assets are intended to be repatriated and invested in Kenya.

“If you are a tax resident in Kenya earning income abroad that is deemed to be accrued or derived from Kenya, then such income should be declared for amnesty if you had not declared it before,” said Leah Achieng with the KRA Domestic Taxes Department.

One is considered a tax resident of Kenya if the following apply:

Ms Achieng also added that the law however sometimes provides for relief from double taxation where the income has been taxed abroad.

She also added that where Kenya has signed a double tax avoidance agreement with another country, a person whose income has been taxed in that country can claim relief for that tax under the treaty and as such double taxation will not arise.

Kenya is a signatory to the Convention on Mutual Administrative Assistance in Tax Matters which is meant to promote tax co-operation to tackle tax evasion and avoidance. This co-operation includes exchange of information and recovery of foreign tax claims.

“We are currently awaiting ratification of the Convention.” she said.

Here is a discussion hosted by Nation’s Chris Wamalwa on this issue. 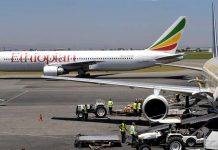 China Is Said to Ground Domestic Boeing 737 Max Jets After…